Wild, authentic, rebellious. We are not talking about an Australian model, but about the Veneto landscape of the Dolomites. There are those who define it as the real thing, the only one that has suffered less invasion by tourists. That may be so, but the Belluno Dolomites are second to none, and here we begin to give you a general idea.

A BIT OF HISTORY

Stop! We didn’t like that face when we read the word ‘history’!

As you know, we don’t want to bore you with grand explanations, but you should know that the area of the Belluno Dolomites is certainly an open-air museum: here, at the beginning of the last century, many young soldiers lost their lives, fighting one of the most bitter and cruel wars the world has ever known: the Great War.

In the Venetian valleys you will discover many stories and details linked to this period of war: from the Piave, with its springs, to the tunnels of the Marmolada, where soldiers hid from the enemy.

These are all touching testimonies to the sacrifice of many, certainly too many, young lives.

Part of the Belluno Dolomites was once under Austrian control, and you will learn about them through local stories, names that have Teutonic flavours and ancient traditions.

The vast Veneto is all about touring and enjoying its breathtaking views in the shadow of its towering peaks.

And speaking of traffic, let’s turn to the subject of Christmas markets: perhaps a tradition more typical of the neighbouring Alto Atesini, but which is also replicated in some of the villages of the Veneto Dolomites.

In addition to the markets, the Veneto offers its guests numerous traditional events. We recommend:

The Carnival parades, in February; very popular especially in Comelico and Sappada;

The feast of the return of the cows from the mountain pastures, which parade all dressed up for the occasion – generally in early September;

Social events in Cortina. Oh yes, throw yourself into the most chic movida ever!

We don’t want to disappoint those who are also attentive to the tasty side of their holiday, and we would like to remind you that the culinary tradition in Veneto is certainly very respectable: carne salada tops the list of proposals, ranging from great meats to stuffed pasta.

Important cheeses such as Piave D.O.P., to cleanse the mouth while waiting to taste some typical desserts, perhaps chocolate-based.

As you can see, your appetite will not be left unsatisfied.

Cortina d’Ampezzo (Anpezo) is undoubtedly the best known resort in the area: social, international and sporting events make this town the hub of life in the Dolomites.

The Cadore with its wonders, the Agordino with its rugged mountains.

All of this is seasoned with Venetian hospitality and friendliness.

Fall in love with us and shout it to the world, because as they say in these parts: “l’amor no pol star sconto”: love (for the Dolomites) cannot be hidden. 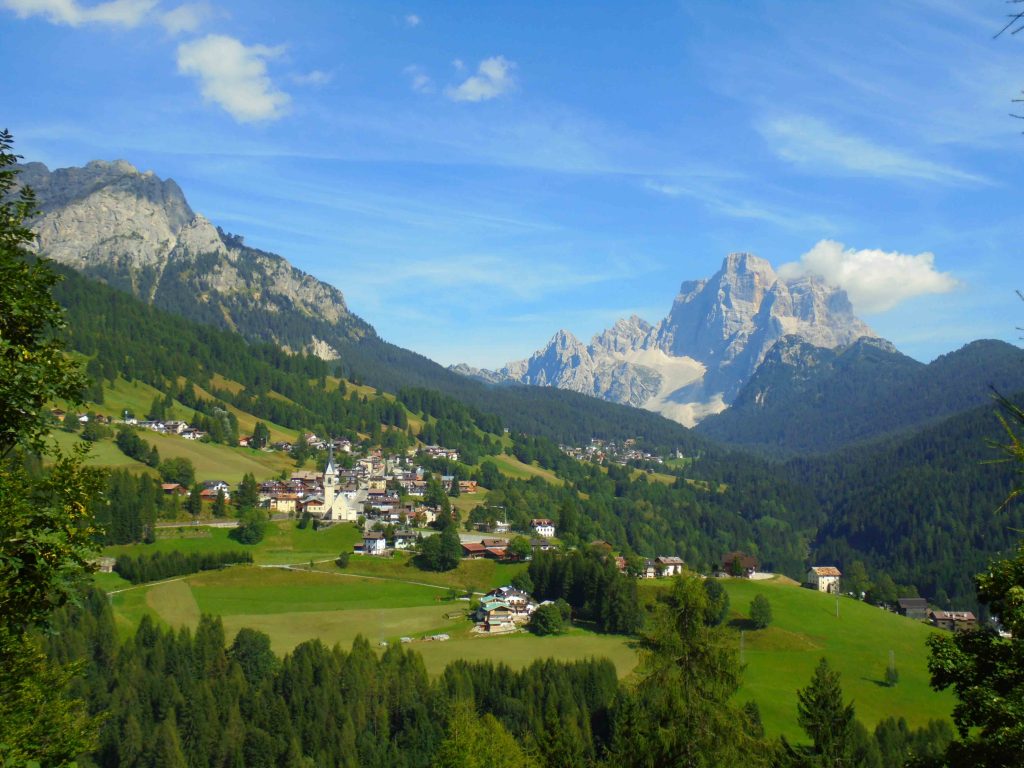