High Routes of the Dolomites

There are six Altevie to discover the Dolomites, crossing them from north to south, from east to west, from Trentino Alto Adige to Veneto, always remaining at high altitude, between 2000 and 3000 meters.

It is possible to follow them in their entirety in several days, or choose some stages, ring tours (Lagazuoi, Pelmo, Vescovà…), various trekking – such as the Palaronda Trek – considering the various degrees of difficulty. There are, in fact, something for everyone’s taste, with routes from refuge to refuge or stops in bivouacs without going back to the bottom of the valley: the most fascinating way to experience the UNESCO World Heritage Site in a landscape without equal for unforgettable experiences in a world that, although antropized, has remained wild and untouched. 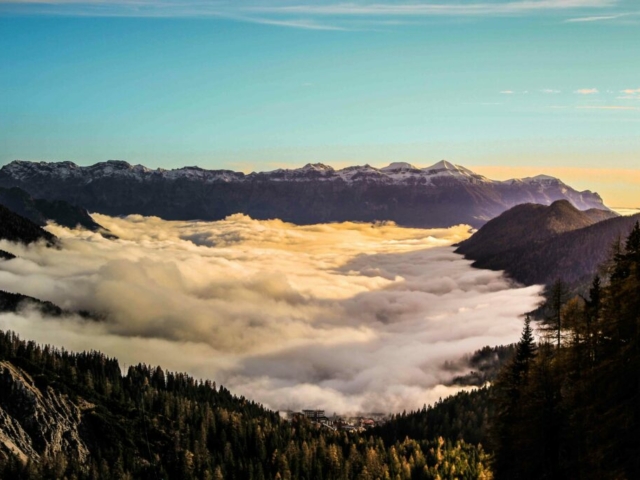 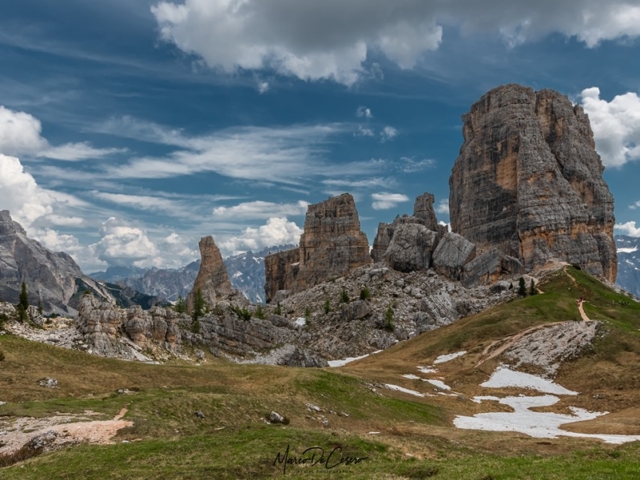 -The Alta Via delle Dolomiti n. 1 connects Lake Braies to Belluno: 125 km in 12 stages. Val di Fanes, Rifugio Lagazuoi, Cinque Torri, Passo Giau, the Pelmo, the Civetta up to Rifugio VII Alpini and downhill to the historical city of Belluno: some of the most extraordinary stages.

-The Alta Via delle Dolomiti n. 2: the “Via delle Leggende” connecting Bressanone to Feltre with 13 stages for 180 km, 8 Dolomite groups. In fact, you follow the paths of the mythical kingdoms of the Ladin sagas up to the long chain of the Vette Feltrine passing the lunar plateau of the Pale di San Martino: pure ecstasy.

-The Alta Via delle Dolomiti n. 3 starts from Villabassa, in Val Pusteria, to reach Longarone: 100 km in 8 stages. Five Dolomite groups between South Tyrol and Veneto, a route suitable for prepared hikers who are not afraid to face considerable differences in height and equipped sections.

-The Alta Via delle Dolomiti n. 5 goes from Sesto Pusteria to Pieve di Cadore: 90 kilometers, seven stages, four Dolomite groups. You follow the traces of the art of the painter Tiziano Vecellio from Cadore, who was inspired by his landscapes. One of the most technical routes from the mountaineering point of view, which enters a little frequented territory, kingdom of chamois, who have found their natural habitat here.

– The Alta Via delle Dolomiti n.6 covers 180 kilometres in 11 stages, in the Veneto Dolomites, between Sappada and Vittorio Veneto. It is “L’Alta Via dei Silenzi”, because it crosses solitary and wild enchantments, of a unique beauty, with long stretches from refuge to refuge, with equipped paths but also wide paths and mule tracks.