Rifugio Re Alberto I°  is situated in the heart of the Catinaccio, on the border with the Fassa Valley but still on the South Tyrolean territory, in the municipality of Tires/Tiers, in a hollow, that of “Gartl”, surrounded by immense Dolomite bastions such as the Croda di re Laurino, the north face of the Catinaccio and the famous Torri del Vajolet, fantastic, slender and elegant spires!

From the hut it seems to be possible to touch the Delago, Stabeler and Winkler towers, named after their first climber.
Admiring the spires of “King Laurin’s garden” with your nose up is an unforgettable sight!
That remains in the heart … the word of those who still look at them with passion, getting excited even after many years of management!
A unique atmosphere, made of silence, peace, breathtaking sunrises and sunsets!
Built in 1929 and renovated several times, the hut welcomes mountaineers, hikers and true enthusiasts from all over the world, in a friendly and familiar environment.

It is a meeting point, a shelter from the bad weather, but also a great place to eat with a “homemade cuisine”, which offers both traditional Tyrolean and Italian specialities.

– The privileged position, at the foot of the towers of the Vajolet, offers the cue to get to the Rifugio Re Alberto I° especially to climb the famous towers, but also to have an excellent starting point for the easiest peak of the Rosengarten, along the Via Normale that starts from the Santner pass or the Emma point.
– To climb the famous towers, among which we remember the plane on the edge of the Delago, the Via Normale of Stabeler and the less frequented but equally beautiful climb of the Winkler tower.
It is also the base for some of the most beautiful climbs in the Dolomites: the easiest peak of the Catinaccio, along the Via Normale starting from the Santner pass or the Punta Emma.
– You can reach Rifugio Re Alberto I° by climbing the via ferrata of the Santner Pass, which starts from the side of the Carezza-Nigra Pass and with an equipped route of a couple of hours leads to the entrance of the Gartl basin.

– Or you can reach Rifugio Re Alberto I° to admire and photograph the famous towers and the small lake in which they are reflected. This is an excursion of medium difficulty on paths that are literally at the foot of impressive Dolomite walls.

How to get there:

-from the Val di Fassa, starting from the Gardeccia locality at about 2,000 m. climbing a comfortable dirt road (sent. 546) up to the Vajolet refuge (2243 m.) – about 1 hour; then following path 542 which climbs on a mixed route of rocks and gravel: the most difficult passages are supported by a comfortable iron rope which allows everyone (adults and children) to overcome them in complete safety. These are not particularly exposed passages and no via ferrata equipment is required.

– from the South Tyrolean side and precisely from: Nova Levante – Welschnofen or the Nigra Pass or the Carezza Pass.
From these places, you can reach the common point which is the Fronza alle Coronelle refuge, from which you can choose two roads:
– the via ferrata of Passo Santner, to be done with suitable equipment (helmet, harness with lanyards and dissipator) to reach the homonymous pass (2734 mt. – 2 hours).  Finally, in 15 minutes and on a good path you can descend to the Rifugio Re Alberto I°.

– Or you can go up with a normal medium-easy walk to Passo delle Coronelle with path 550 (45 min). Once you have climbed down a well-marked scree and take the detour on path 541 to the Vajolet refuge (1.30 hours). From here you climb up the gorge of the towers with path no. 542 to the Re Alberto 1 refuge (45 min). 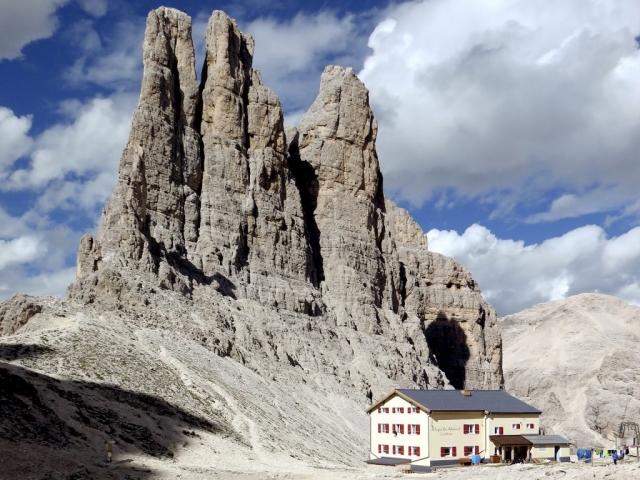 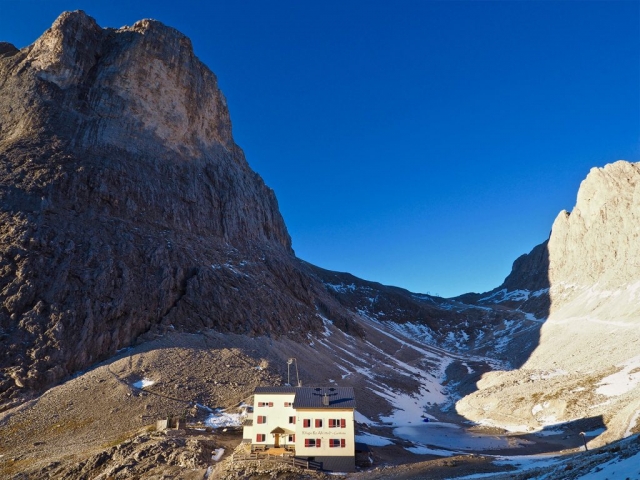 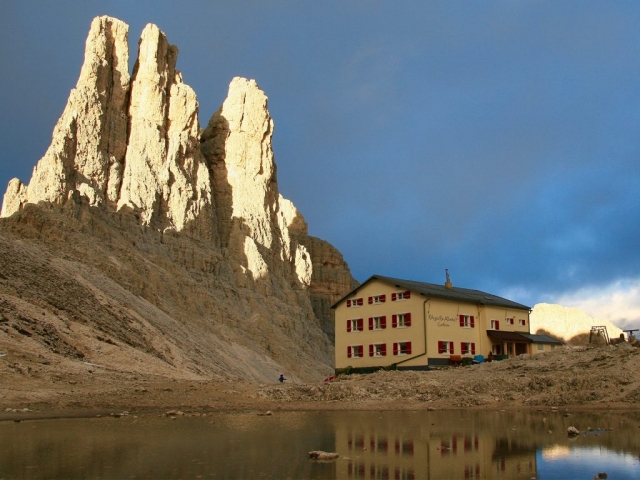 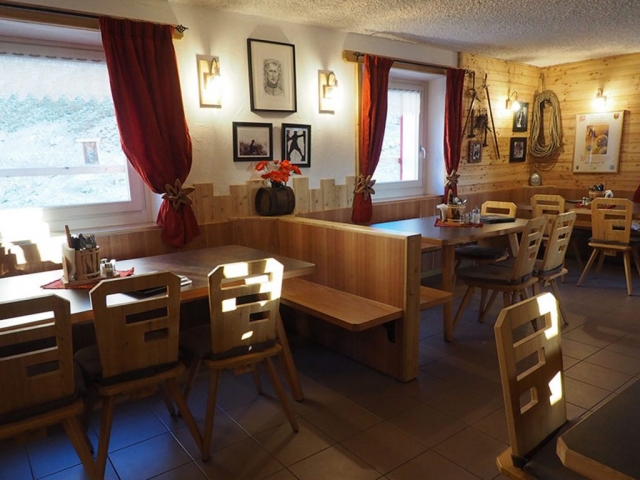