The first via ferratas were set up in the Dolomites over a century ago to allow you to cross the most critical points on rock with stretches of metal ropes, vertical ladders, steps, suspended bridges. Many were of military origin and equipped during the First World War.

They are now an accessible possibility designed to facilitate progression while ensuring safety. Obviously, harness, helmet, via ferrata kit and specific gloves are indispensable and the accompaniment of a mountain guide is desirable, at least the first time, to enjoy all the taste of an athletic performance in an intact, difficult and at the same time fascinating environment. 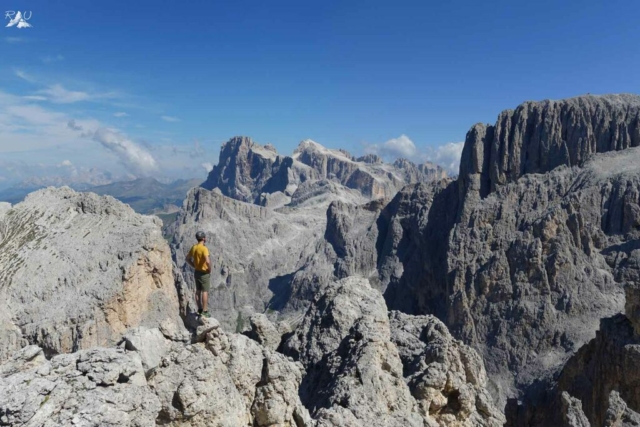 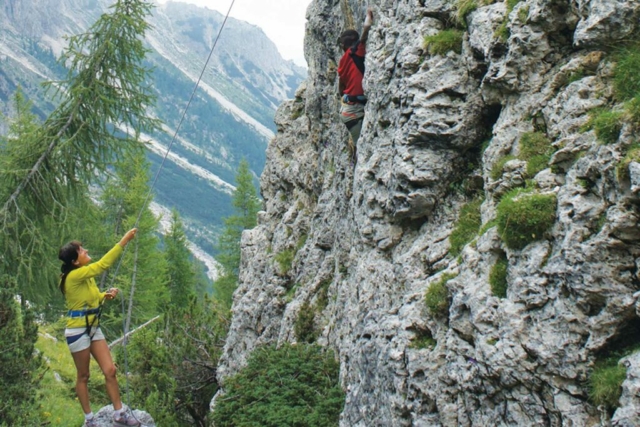 The most famous destinations in the Dolomites include the Ferrata Roda de Vael in the Catinaccio group, in conjunction with the most demanding Masarè ferrata; the Bolver-Luglio at Cimon della Pala on the Pale di San Martino, the historic Cresta Ovest ferrata on the Marmolada that reaches Punta Penia, the highest peak at 3342 metres; the Passo Giau-Gusela-Rifugio Nuvolau ferrata where you are surrounded by the most famous peaks of the Dolomites. Nevertheless, each Dolomite group is a treasure trove of via ferrata.

Among those for beginners, an idea is the didactic ferrata Val di Scala in the Vanoi Valley, a few kilometers from San Martino di Castrozza, which can be easily reached by car; the route is very suggestive, runs along a vertical waterfall and crosses a 12-metre long Tibetan bridge. The return journey is along an easy path.