Among the Brenta Dolomites

The structure, owned by the Società Alpinisti Tridentini, has been managed since 1981 by the Angeli family of Madonna di Campiglio. Consisting of two separate buildings, built in 1906 and renovated in 2013, it offers a bar, in-house or take-away catering, a drying room and shared toilets with a shower (5€) in the main refuge ( Tuckett ), while the adjacent building ( Sella, just 10 metres away ) houses most of the beds and toilets, again with a shower.

The most comfortable paths to reach us are path 317 (2h), from Vallesinella ( Madonna di Campiglio ) and from Rifugio Stoppani, at the top station of the Grostè cableway, with path 316 (1.30h-2h).

You can also reach us from Molveno, passing first by the Tosa and Pedrotti refuges, and then by the Brentei refuge (6-7h).
The main hikes in the Brenta Dolomites, apart from the classic paths connecting the refuges (316,317,318 and 328), are called “La Via Delle Bocchette”. Simply called “le Bocchette”. They are a dense network of vie ferrate,

In the Brenta group, other spectacular ferratas, such as the Sentiero Vidi and the Spellini path, form the backdrop to one of the world’s most famous and exciting tours of equipped trails. 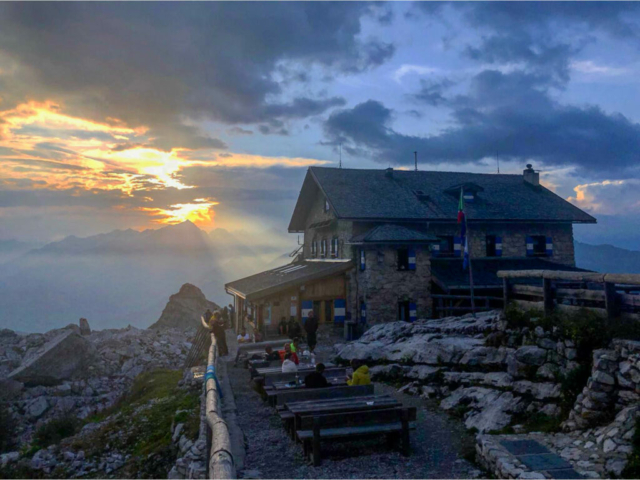 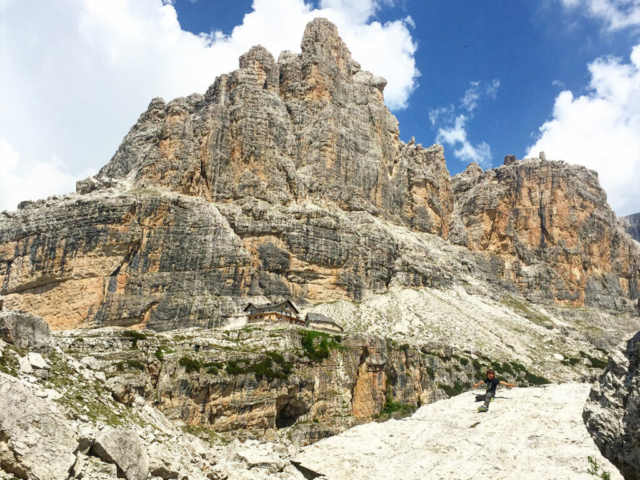 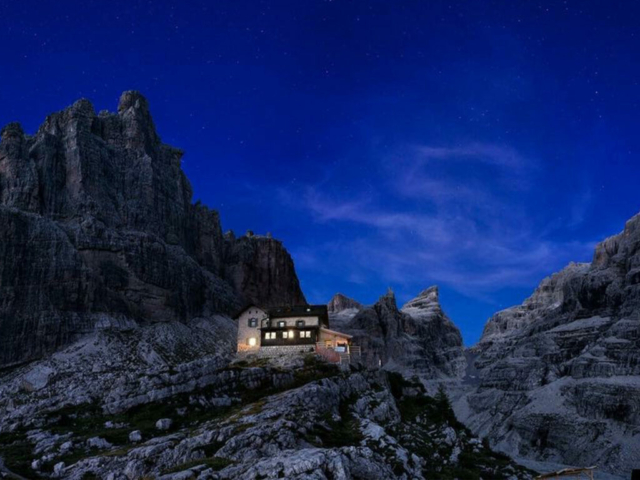