Mountain bike rides are popular, and luckily! In fact, they allow you to limit your effort uphill, allowing you to lose your breath only when you stop to admire the beautiful landscape of the Dolomites, certainly not for too much effort.

Everyone finds satisfaction there: those who are thinking of a tour lasting several days, grinding kilometers up and down the Dolomite passes (perhaps on days dedicated to the closure of vehicular traffic), those who just want help in overcoming difficult climbs, those who want to try their hand at longer tours than usual with greater gradients than the usual cycle path at the bottom of the valley…

The e-mtb opens up a new and satisfying world of sport: everyone finds there a way to multiply their performances or the opportunities to organize a day in the saddle between more or less trained friends. A valid alternative to classic trekking.

Assisted pedaling bikes also eliminate the generation gap: they make people rediscover the beauty of two-wheeled bikes for those who may have hung up their shoes thinking they were “out of time” or out of shape.

The e-bikes are an opportunity for a healthy movement, a real cure that does not raise the heart rate disproportionately; on the contrary, it always remains lower than using the classic bike. 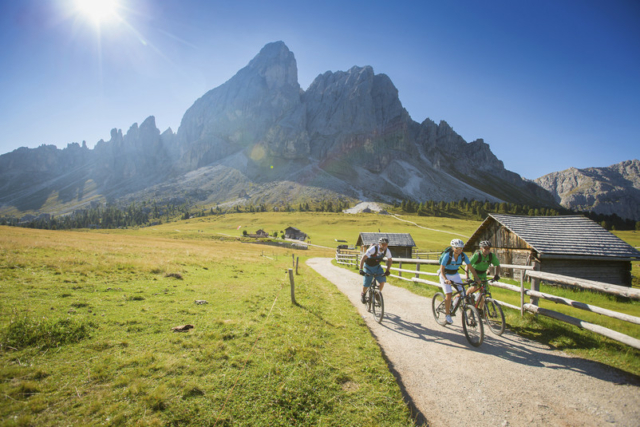 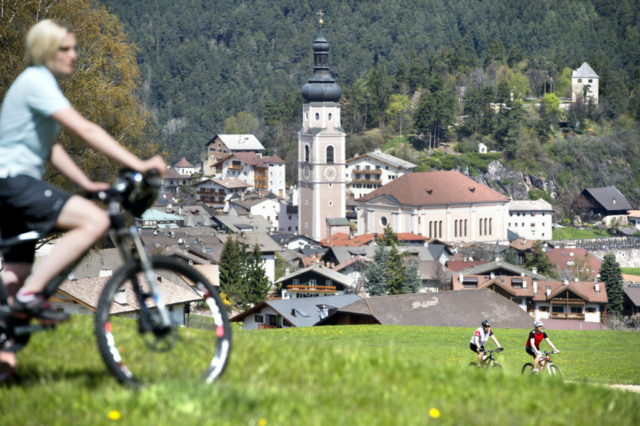 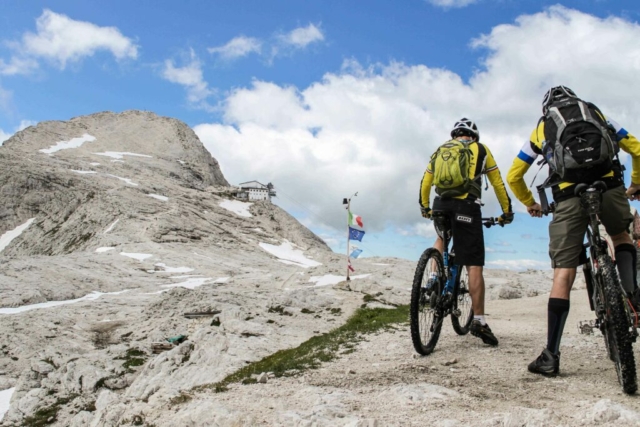 All the most fashionable tourist resorts offer the bike sharing service: you can take a bike at the starting point of the bike station, easily move around the area, take it back to the base or leave it at another bike station, perhaps returning by bus.

Many accommodation facilities provide e-bikes for their customers – there are also bike hotels with exclusive services – without the need to turn to the many and well-stocked rentals that offer a wide choice of models. In various locations, buses also provide bicycle transport services.

The most famous cycle paths in South Tyrol are those at the bottom of the valley that cross the Vinschgau Valley to Merano, Bolzano and Salorno, not to mention the one that runs through the Isarco Valley from north to south and the one that crosses the Puster Valley to Lienz in Austria via Cortina d’Ampezzo, through tunnels, suspension bridges and incredible gorges through the unique scenery of the Dolomites.

Between Trentino, Veneto and Lombardy, it is Lake Garda that is the master: its cycle path is one of the most spectacular in Europe because it is partly built in mid-air, overhanging Benaco.

Not to be missed are the off-roads on forest roads and paths for shorter and more daring routes, also inside nature parks, such as the one in Paneveggio-Pale di San Martino which offers suitable and marked routes or the one that laps the territory of the Adamello-Brenta Nature Park, the “Dolomiti di Brenta Bike” ring tour 170 km of emotions on fat wheels.